INTERCONNECTEDNESS AND UTILITY OF GAPS. 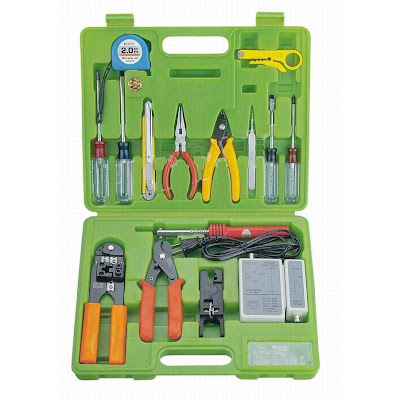 All are one, we are closer than we know in fact we are just thoughts away form each other, not in the sense of travel distance or how we hold beings close to our hearts, we are creations of thoughts from the supreme energy.The supreme being/intelligence bifurcates us form each other to experience the variations.
The degree of separateness depends on the severity or the polarity of the difference that is desired to be experienced.
Now between this interconnected network of beings lies the layers of perceptions. These perceptions are camouflaged beings separating our identities.For example a tool maker makes compartments for different types of tools, however the kit remains his one single tool kit.similarly when we are acting as the tools of his intelligence to preform certain task we are created as precision instruments to perform a specific task what a wrench can do a screw driver cannot .
Because it is not ordained to do the same.All the tools are never thrown in together or it creates a clutter they a sorted into type/categories/utilities.
Coming back to compartmentalizing utility tools/precision instrument, now we as his instruments are sorted, clubbed together so we can be called upon to perform specific tasks whenever required.Till then interaction between similar kinds happens in each compartments more closely as soul families.Sometimes different categories of instruments interact with each other to perform some specific tasks, in such an event a jump happens between soul families and even star groups. In such an event sometimes very close interaction takes place changing the nature of both the instruments.Sometimes tools of different kinds are left together by mistake(though there are no mistakes in the plans of tool maker) but with the supposition of using them again together for such similar tasks.
Now coming back to perceptions, the division or compartments made are of the same material as the tool kit itself, the one that holds all. so in effect the tools are separated and yet contained in the same structure, they are separated by the same material as the one that holds all of it together.
If a tools desires or experiences itself as the same material as the case then it is one with the one that holds all and no further separateness or compartmentalization stays.Through such an event the concept of perception of separateness becomes clear, the separate layer of the same material ie of itself is created solely on the basis of the "perception" of the nature and utility of those instruments.
So once we transcend our perception and understand that we are separated by "oneness itself" then we no longer stay separate from anything.
However this perception of separation is highly useful.These layers of perceptions are like screens of smoke, dense white smoke, which does not allow us to look at other compartments clearly so we learn to stay in our own realm, these walls act as curtains of separation , though in reality there is no separate compartment.It is holding all of it together, mere thought instruments separated by thought perceived wall so what the maker is thinking and creating the creation is perceiving and experiencing.There is no separation, but of these unreal walls they help us to live out our destiny, rather divine ordained tasks.
So its great when a tool reaches out to the creator and questions the very existence of these walls , but mere questioning does not make it comprehend why things are the way they are, but by becoming that oneness and separation at the same time, when you are the tool case as well as the walls separating different compartments while being a tool, our experience begin one and then no questions are required the ultimate answer is revealed through experience alone.
No explanations no answer will suffice, you have to get rid of the way you are use to learning by way of words, by way of questions and answers , true learning happens only through experience, who told you how to breath, talk, walk , see, hear, feel joy, laugh no one it happened through experience.
So allow yourself true learning and become one with all and with the supreme being there is no other way, we have been questioning for many many lives, seeking answers, running to Himalayas, forests, valleys deserts just to learn what, "to be" because we instinctively know that those rivers, mountains, deserts are "being" that, no question plain experience of the divine in their "being"
To being is to BE.
Posted by keral at 9:20 PM No comments: