Rani Roopmati's palace was surrounded by a beautiful lake and green trees. During rainy season Lotus flowers created a heavenly site at the lake.She loved her garden, one day she desired to introduce Rajhansa (Royal Swans) along with other birds in the lake. Few days later several pristine white Royal swans were released in the lake. The White Swans were happy with their new abode. 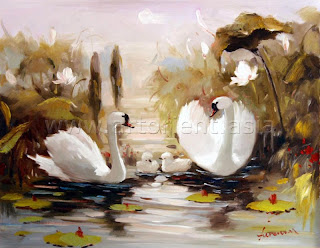 Rani loved the site of the lake and felt she must introduce at least one black swan to avoid the evil eye.Hence came the one and only Black Swan in the lake.He was given extra care and special food because it was believed that the Black Swan would take all the bad things upon himself. 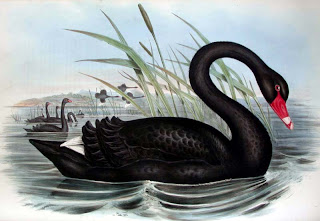 Black Swan thought he must be truely special, these White Swans are so ordinary. He thought the white swans are jealous of him and he constantly squabbled and fought with peace loving white swans.White Swan dealt with him patiently and overlooked his ignorance.

One day flesh eating worms attacked the Black Swan behind his wings and were spreading fast, troubled by all the itching Black Swan desperately nipped and plucked on his own flesh with his beak.But his beak could not reach the hidden spot. The White Swans noticed that he needs help to get rid of those worms, but he would not trust them to help because he considers them his enemies.They decided to trick him. Every day a cluster of White Swans would swim around the Black Swan pretending to pick up a fight with him.

The Black Swan would immediately engage in a skirmish because he was convinced that the jealous Swans want to fight with him. In the moment of confusion the smallest bird of the lake hid beneath his wings and pulled out those nasty worms. In a matter of few days same routine was followed till all the worms were removed. 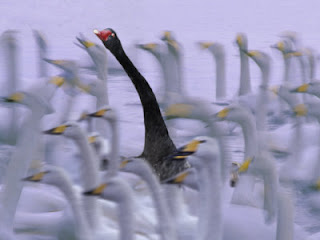 The Black Swan was eventually healed  and the White Swans took a sigh of relief, partly because a fellow Swan was relieved of his pain and partly because the disease may have spread and affected the rest of them.

The oldest of the Swan pondered over the incidence, and thought to himself "What good is such foolish arrogance, that blinds you from recognizing friends. In such ignorance one mistakes true well wishers as your enemies". 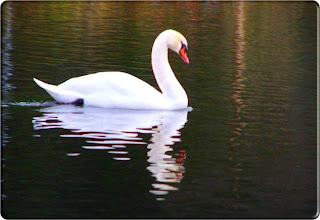