Esther was puzzled, whenever she looked at herself in the mirror she saw an inverted image of herself. It has been this way since her very childhood, she never saw an upright image of herself. At first she thought that's her true image, but by looking at others around and touching her own face, she concluded that her face too was normal and upright like others. 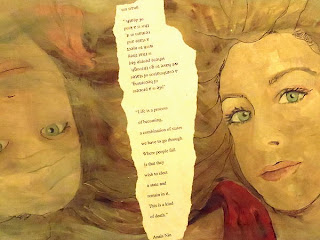 What bothered her was this weird problem, she was afraid to share it with anyone. She thought people might take her to be a lunatic. With time she grew restless and wanted answers. The uniqueness of her problem made her really curious. She decided to find her answers. She knew of a very old and knowledgeable woman who knew about everything on earth.She decided to pay her a visit. 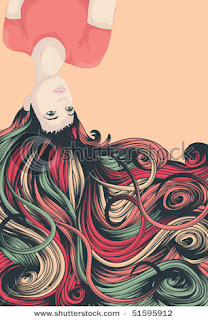 One late afternoon she went and sat  in her garden and instructed her servants not to disturb her, then she sneaked out straight to the old woman's house by the curb. The grand old lady was very warm and helpful, she told her the remedy. "Tonight when the moon is full, light a candle by your bedside, hold your photograph upside down and burn it. Add the ashes in a bowl of milk with sugar, drink it and sleep, and you shall find your answers".

At the hour of midnight she was woken up from a nightmare. She saw herself as a young woman hanging upside down over the Colosseum of Rome, inside the closure on the ground, were three hungry lions, waiting for her to drop down.She could see the inverted face of her spectators, some had fear and excitement, some had a malicious glee, some had a sadistic grin, some were indifferent. 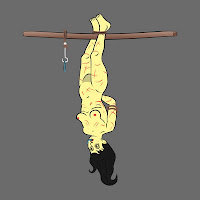 They were shouting and cheering waiting for her to fall into the enclosure.As the rope was snapped off she fell down hard, her skull cracked open and hungry lions ravaged her body. Her last memory of that lifetime was of the inverted faces of those spectators. It was so acutely painful that it traveled in her memory to her lifetime as Esther. 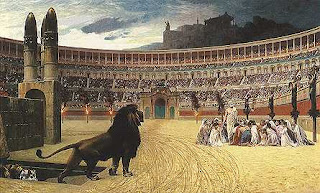 She shrieked in terror as she woke up, her old maid came to her room to comfort her. She drifted back to sleep.
In the morning when she went to wash her face she saw her own image upright for the first time.She ran to the grand old lady's mansion to thank her.What she saw was beyond belief, her mansion was a dilapidated ruin, that old woman had died decades ago.

Then where did she go the other afternoon? whom did she talk to? These questions haunted her.She was shocked, what she did not understand was that our energy body has the capacity to travel to different worlds and realms and extract solutions to our problems and work out issues.She slept that afternoon in the garden and met the old lady in the etheric space. 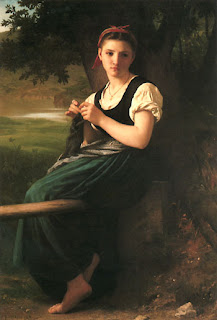 We can find answers in our sleep, there we are not limited by our physical bodies. In that realm, we are free beings that can connect with different worlds, regions, universes and other beings. That's how some of the greatest inventions and discoveries are first made, in our dream state. When we can  access akashic records or information is revealed to us by higher beings from different realms, we remember it when we wake up in the conscious world. If we ask with a true and clear intent before going to bed we can find answers to our questions in our sleep. Meditation does the same thing, only difference is that the process takes place in a higher state of awareness.